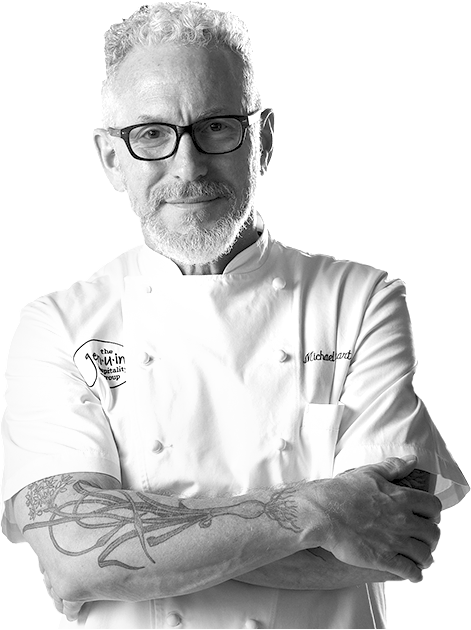 Honored with the prestigious James Beard Foundation Award for Best Chef: South in 2010, Schwartz is recognized by his peers and the diners that flock to his restaurants for his commitment to community and responsible, seasonal food sourcing.

Branching out from this straightforward approach, Michael has since successfully developed complementary concepts focusing on great service and delicious food, with a genuine culture embraced by employees and guests alike.

Outside of the restaurant, Schwartz focuses his time and influence supporting the arts and causes such as Share our Strength, Alex’s Lemonade Stand Foundation, Slow Food (from which he received its Miami convivium’s first
“Snail of Approval”) and Wellness in the Schools.

The chef has published two cookbooks, GENUINE PIZZA: Better Pizza at Home (Abrams Books, 2019) Featuring 85 recipes, readers learn step by step how to make better pizza at it’s easier than you think. MICHAEL’S GENUINE FOOD: Down-to-Earth Cooking for People Who Love to Eat (Clarkson Potter Publishers, 2011) features beloved recipes from his flagship, a homage to approachable, sensible, and affordable food that everyone loves to make and at eat.
His recipes and restaurants have been covered by the New York Times,
Wall Street Journal, Food & Wine, Travel + Leisure, TODAY Show, and more.

Schwartz began his career in Philadelphia, and earned his culinary chops in kitchens from Los Angeles to New York City, until settling in Miami
in the early 1990s.